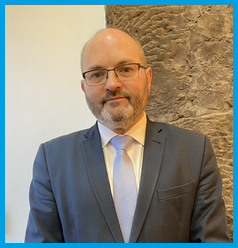 Simon graduated with LLB Honours in 1991, and obtained his Diploma in Legal Practice in 1992, both at the University of Glasgow. Having trained in Edinburgh, Simon made his first appearance in the Criminal Courts in 1993, becoming a solicitor advocate in 2003. Simon has more than 25 years of experience in the Criminal Courts, and over 15 years of experience in High Court trials and Criminal Appeals. Simon has particular experience and an established reputation in all aspects of Criminal Defence work at all levels from the Justice of the Peace and Sheriff Courts to the High Court and Court of Criminal Appeal and is available for instruction as counsel in High Court trial matters.

In 2016 Simon set up Collins and Co. Supported by our solicitors and support staff he has established an experienced and respected team working in the Criminal Courts, Children’s Hearings and Children’s and Family Court at Edinburgh and throughout Scotland. Simon represents firms from all over Scotland in Appeal Court and High Court matters, as well as regularly appearing on behalf of clients at Parole Tribunals.

Simon has an established reputation for representing clients in Fatal Accident Inquiries and was publicly thanked by a Sheriff in a recent FAI for his assistance and support to the family of the deceased and to the court.

Simon is a Committee member of the Society of Solicitors in the Supreme Courts.

For over 5 years Simon has been the legal representative for In Care Abuse Survivors (INCAS) assisting them in lobbying the Government for the now established Scottish Child Abuse Inquiry and now heads the legal team representing INCAS as core participants in the Inquiry. 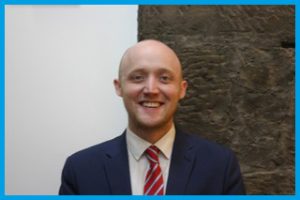 Christopher graduated with LLB Honours at Aberdeen University in 2014 before obtaining his Diploma in Legal Practice at the University of Glasgow in 2015. Having completed his traineeship and worked as a qualified solicitor with a Criminal Defence Firm in Alloa, Christopher joined Collins and Co in January 2018. Since joining the firm Christopher has added a wide range of experience in the Children’s Hearings and the Children’s referral court along with Parole Board cases and Criminal Defence cases at all levels from Justice of the Peace court to Sheriff and Jury and instructing counsel in the High Court and Appeal Court. 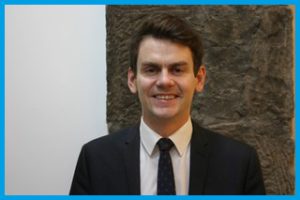 Peter studied at the University of Edinburgh, with an Erasmus year at the University Of Utrecht before graduating with LLB Honours at Edinburgh in 2012. He obtained his Diploma in Legal Practice at Glasgow University in 2014. Peter trained and worked in a mixed court based practice in Kirkintilloch undertaking both Criminal Defence and Children and Family work. Peter joined Collins and Co in April 2018 and has continued to develop his experience and knowledge in both the Children and Family Courts and the Criminal Courts, as well as representing clients at Parole Board Hearings and instructing counsel in the High Court and Appeal Court. Peter is a Notary Public. 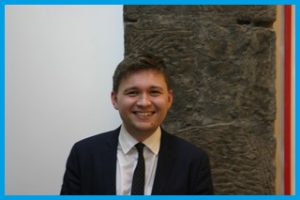 Sandy graduated with LLB (Hons) from the University of Aberdeen in 2015 and obtained his Diploma in Legal Practice from Edinburgh University in 2016. Having completed his training at an Edinburgh Criminal Defence Firm, Sandy moved in 2018 to a qualified solicitor position in a Criminal Defence firm based in Kirkcaldy. In September 2019 Sandy joined Collins and Co and has continued to represent clients at Justice of the Peace and Sheriff Court level and instruct counsel at the High Court and Appeal Court, whilst developing his experience within the Children’s Hearings and Referral Courts.